Understanding the Political Challenge of Red and Processed Meat Reduction for Healthy and Sustainable Food Systems: A Narrative Review of the Literature

Background
Diets high in red and processed meat (RPM) contribute substantially to environmental degradation, greenhouse gas (GHG) emissions, and the global burden of chronic disease. Recent high-profile reports from international expert bodies have called for a significant reduction in global dietary meat intake, particularly RPM, especially in high-income settings, while acknowledging the importance of animal-sourced foods to population nutrition in many lower-income countries. However, this presents a major yet under-investigated political challenge given strong cultural preferences for meat and the economic importance and power of the meat industry.

Methods
A theoretically-guided narrative review was undertaken. The theoretical framework used to guide the review considered the interests, ideas and institutions that constitute food systems in relation to meat reduction; and the instrumental, discursive and structural forms of power that actors deploy in relation to others within the food system.

Results
High production and consumption levels of RPM are promoted and sustained by a number of factors. Actors with an interest in RPM included business and industry groups, governments, intergovernmental organisations, and civil society. Asymmetries of power between these actors exist, with institutional barriers recognised in the form of government-industry dependence, trade agreement conflicts, and policy incoherence. Industry lobbying, shaping of evidence and knowledge, and highly concentrated markets are key issues. Furthermore, prevailing ideologies like carnism and neoliberalism present embedded difficulties for RPM reduction. The literature noted the power of actors to resist meat reduction efforts exists in varying forms, including the use of lobbyin, shaping of evidence and knowledge, and highly concentrated markets.

Conclusion
There are a number of political challenges related to RPM reduction that contribute to policy inertia, and hence are likely to impede the transformation of food systems. Research on policy efforts to reduce RPM production and consumption should incorporate the role of power and political feasibility. 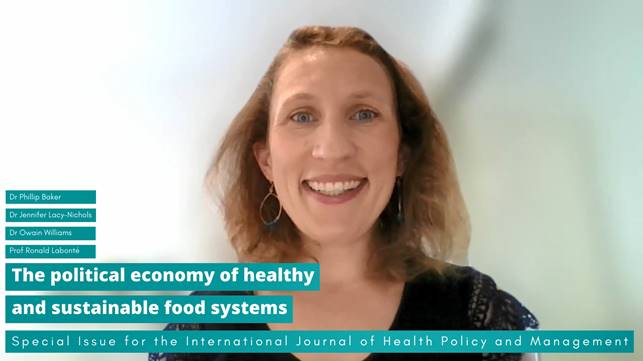